The very first podcast episode I recorded was about Extended Events. We’ve had several new versions of SQL Server since that time, so I thought it was time to bring up the subject again. We are joined by MVP Jason Brimhall and he shares his insights on Extended Events, what has changed, and how to get started. 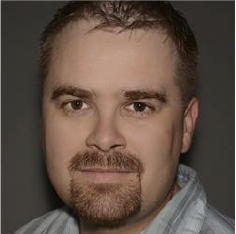 As a Microsoft Certified Master/Microsoft Certified Solutions Master and SQL Server MVP, I have over 20 years’ experience in the technology industry, including more than 10 with SQL Server. I also earned a Bachelor’s Degree in Business Information Systems from Utah State University. One of the highlights of my career was co-authoring multiple volumes in the SQL Server T-SQL Recipes series of books. I am a frequent presenter at SQL Server events worldwide, which includes SQLSaturdays and User Groups.

I love finding that magic turbo button to make queries go faster which ultimately leads to huge relief and satisfaction for the client. I have done that sort of work for clients of all sizes throughout the world. I have experience with multi-TB databases as well as environments with thousands of SQL Server instances to manage. 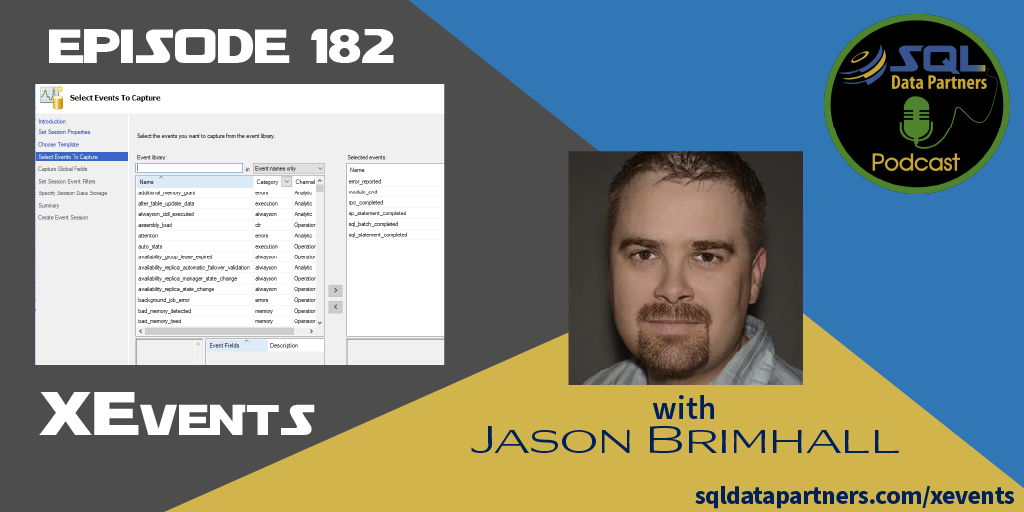 00:40 Intro to the guest and topic
01:32 Compañero Shout-Outs
02:21 The genesis of the trace and how Extended Events came into play
06:52 Trace events has not been added onto, but Extended Events continues to grow
09:11 Does Extended Events have too many events?
11:01 Reasons to use Extended Events
14:15 There is one Extended Events event that is unduly heavy
15:28 Query Store is not always a good solution
16:44 Some must-have sessions and other session advice
22:00 Extended Events’ limitations with services outside SQL Server
25:30 Ways to view your Extended Events data
27:18 Take your lumps and get comfortable with T-SQL and parsing
28:37 Last thoughts on Extended Events
29:28 SQL Family Questions
37:02 Closing Thoughts