What is the future of the DBA and what technologies should I be focused on? In this episode, we attempt to look into the crystal ball and give our take on the future of work for the data platform professional. We focus our conversation around two listener-provided questions about the best way to stay educated in an ever-changing landscape. The DBA is dead. Long live the DBA. Join the discussion.

Places to start your learning journey: 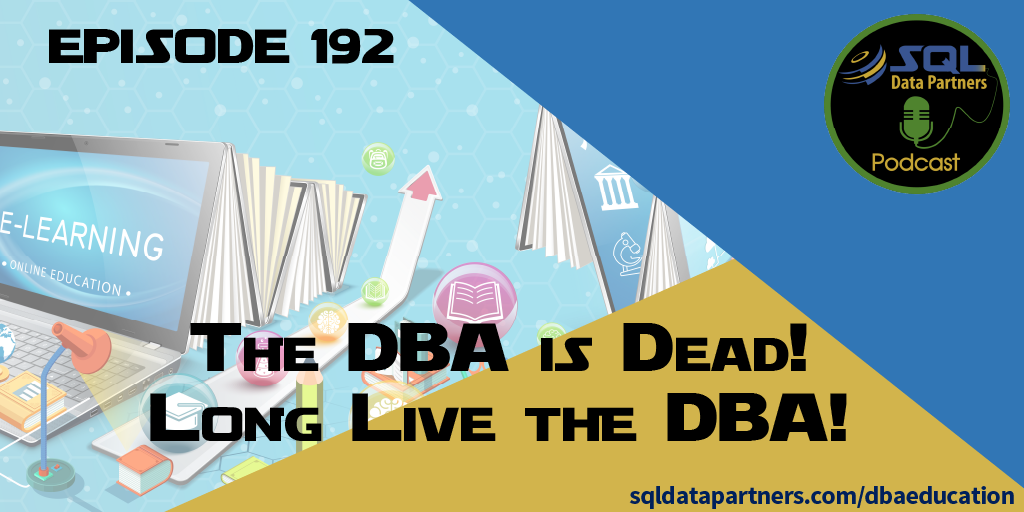