Our regular host is down for the count with the flu; however, the podcast must go on! In this episode, we answer a listener-submitted question about Power BI Premium. Kevin and Eugene take us through Sachin Gangwar’s questions. We hope you will submit your question for a future episode!

“By default, all the important features are in Pro. The only time that they put something in Premium is generally whenever it would be so computationally- or storage-expensive that they need to justify more computational resources to support it.” 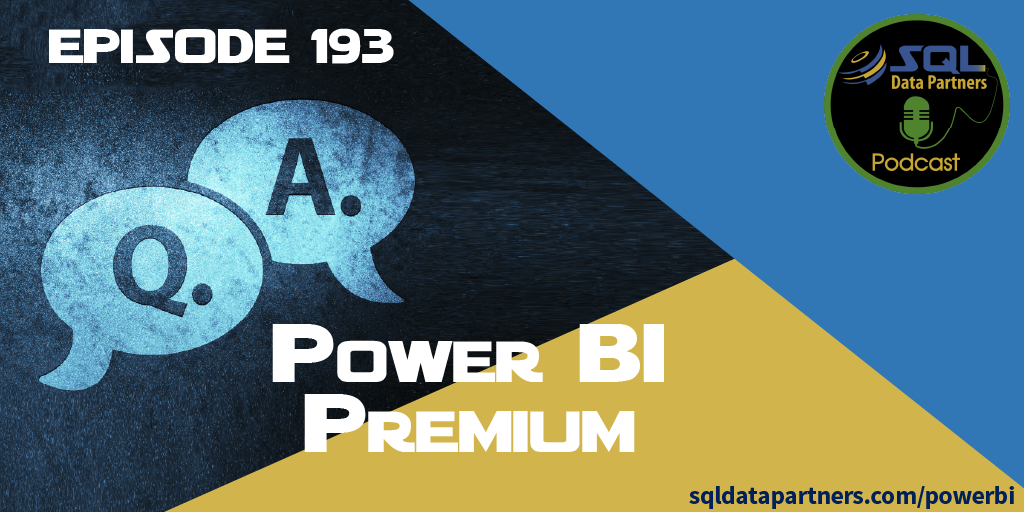