After Episode 180 on PolyBase came out, we received a few questions on use cases for PolyBase. Compañeros, when you ask, we reply! This episode we carve out 3 use cases for PolyBase and ways in which you might change workflows based on this SQL Server 2019 feature. If you want to dive much deeper into PolyBase, you can always check out Kevin’s book on Apress! 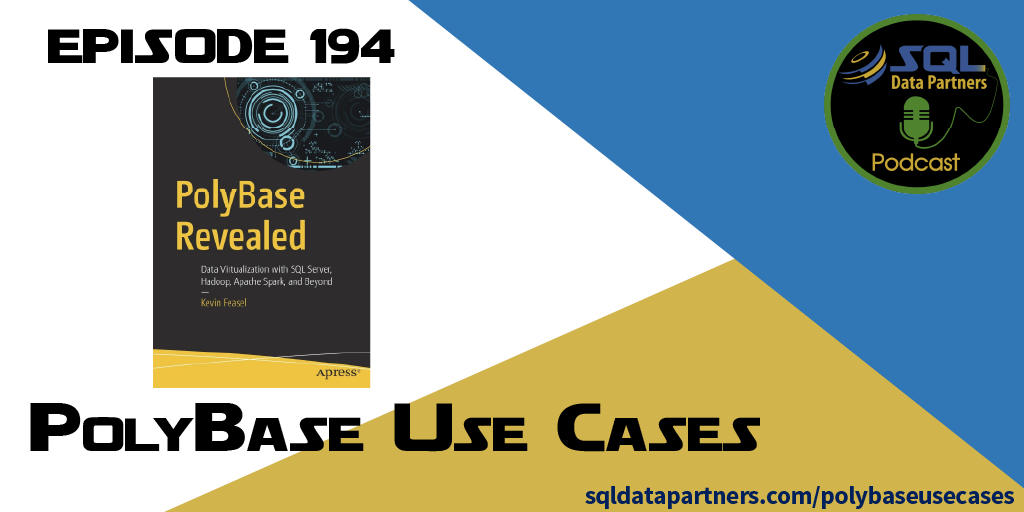