​In 1990, the group Snap! release a song called “The Power”. It would take Microsoft more than 20 years, but they eventually came up with a series of ‘power’ tools they built into Excel. Those tools later grew into Power BI–which is kinda like Voltron if you are old enough to remember. In this episode we discuss one of the first data manipulation tools in the set: Power Query. Before you start manipulating all those fun visualizations, you might need to get your data in shape. If you have a data warehouse, you are probably in good shape; however, for the rest of us, there is Power Query. This episode takes us through an overview and discusses in what cases you might have to dive into the code, or M language, when the GUI doesn’t cut it.

Books to help:
Power Query for Power BI and Excel by Christopher Webb
M Is for (Data) Monkey: A Guide to the M Language in Excel Power Query by Miguel Escobar & Ken Puls
Collect, Combine, and Transform Data Using Power Query in Excel and Power BI by Gil Raviv

“The official litmus test is [Power Query] was designed for people to get daily value out of the Excel formula bar, so it’s certainly targeted for them.” 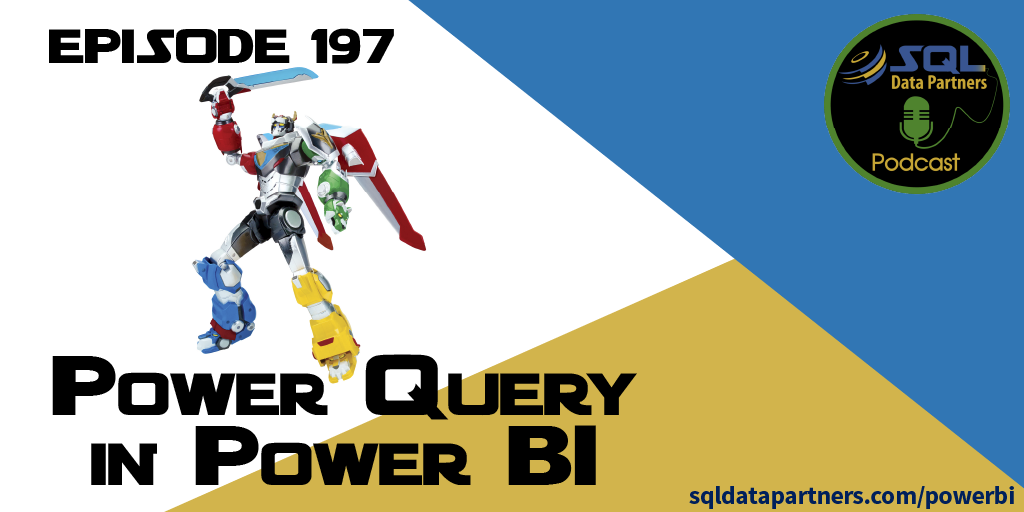